We're out in the country a bit, which means that cellular service isn't great. You'll end up with 3 of 5 bars in most parts of the property, but head inside and that drops to an abysmal one or none. Our house is constructed of cinderblock and then stick on either side. The barn is a sheet metal skin, which basically acts as a giant faraday cage for electromagnetic signals (e.g. Wifi, cellular, etc.).

In the house, the cellular system is solved with an AT&T MicroCell repeater. But in the barn, that signal doesn't propogate very well. If I stand in the doorway, I'll get up to 2 - 3 bars again. While we have a landline, the wifi signal out here is effectively zero. 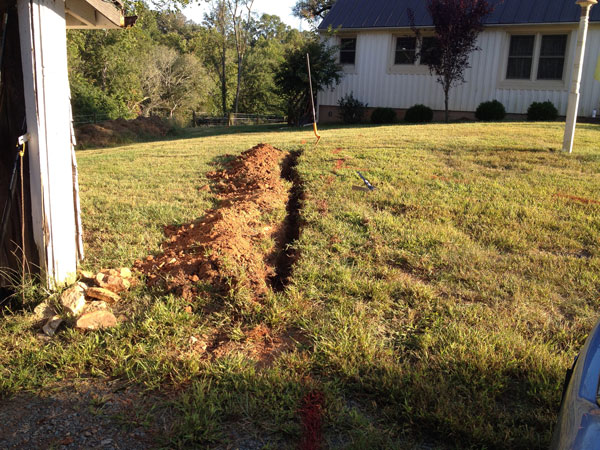 We had MissUtility come out and mark the existing runs between the house and the barn. We knew there was power and telephone, but we didn't know where. Of course, the telco cable was about the straightest run so we opted to unearth that by hand and then lay the new conduits and CAT6 in the trench with it (since if they mark things in the future, the telco line will also be the data lines).

Normally digging a trench is a pretty straight-forward operation, but when one has to unearth a cable by hand, it becomes much slower to complete. It took a few evenings spread out over two weeks but I finally trenched the ~120' from the barn to the house. 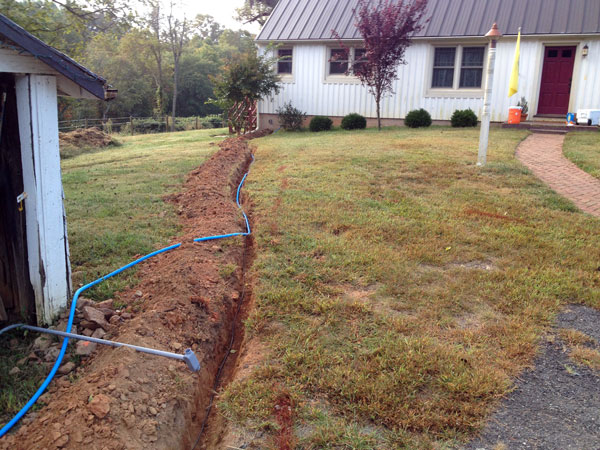 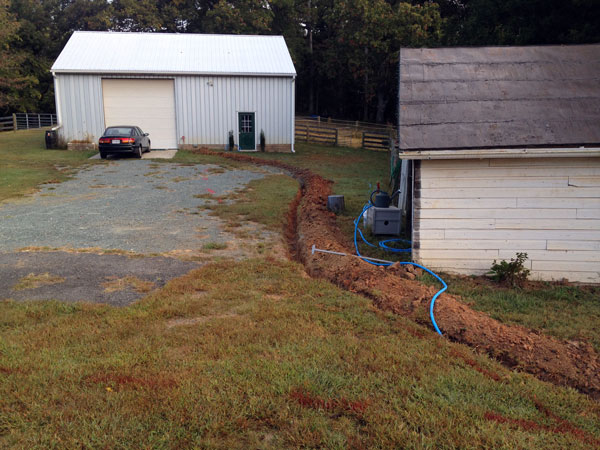 Once the trench was finished, I laid smurf tube (blue flexible conduit) throughout. I also created a split off for the current garage (and possibly future nice garage) so that we won't have to re-run cable in the future. You can see the existing direct-burial telco cable in the trench as well. 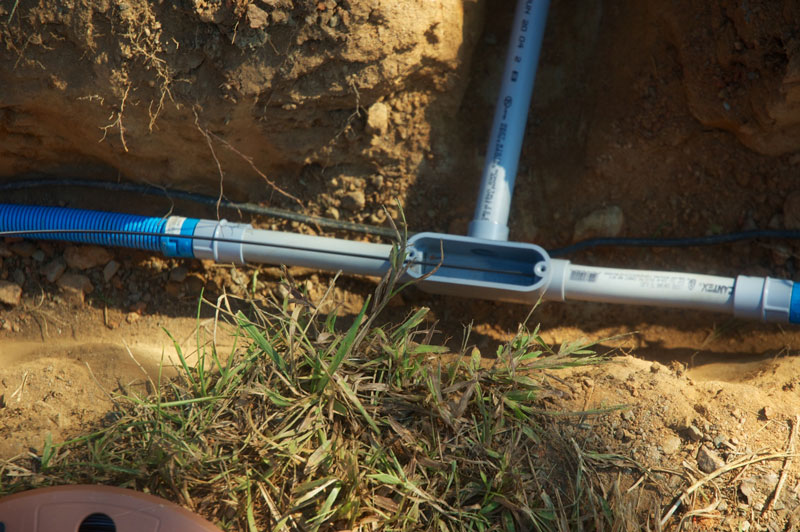 It connects to the house through the cinderblock and enteres into the cellar, where I have a switch installed. 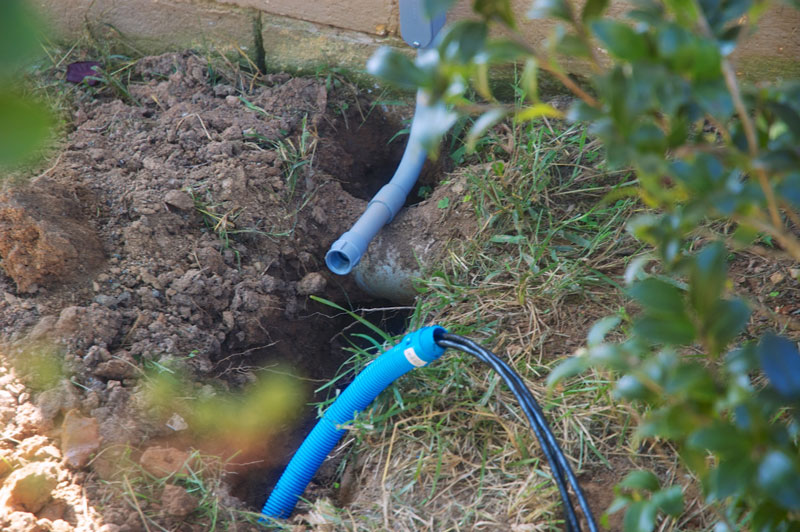 Inside the one smurf tube are two CAT6 cables run. Only one is in use, but they are both punched down and available for changes if one fails. This allows us to look at IP based cameras for a security system or other data transfer without having to worry about running another cable.

After doing all this, I decided to put in two extra, empty conduits in the trench as well. Who knows what else we may want to run in the future. We could run coax, more cat6, or who knows what else. Technology changes so fast we may have fiber everywhere in ten years. I know I don't want to have to dig the whole thing up again! 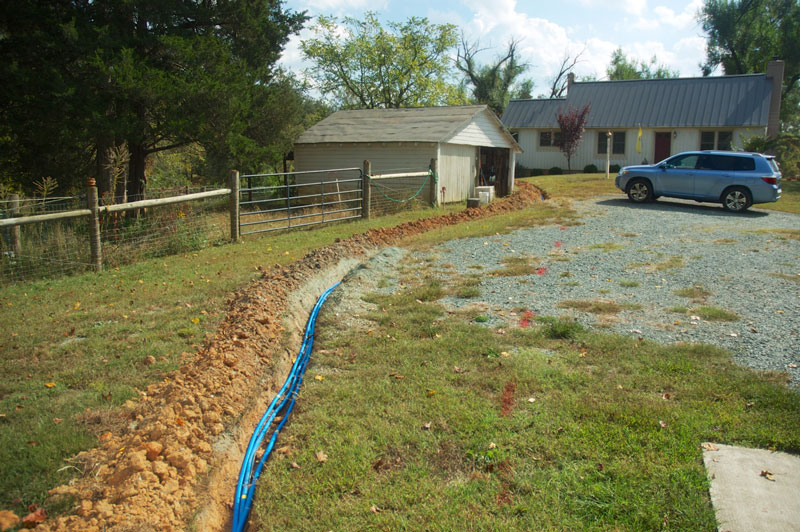 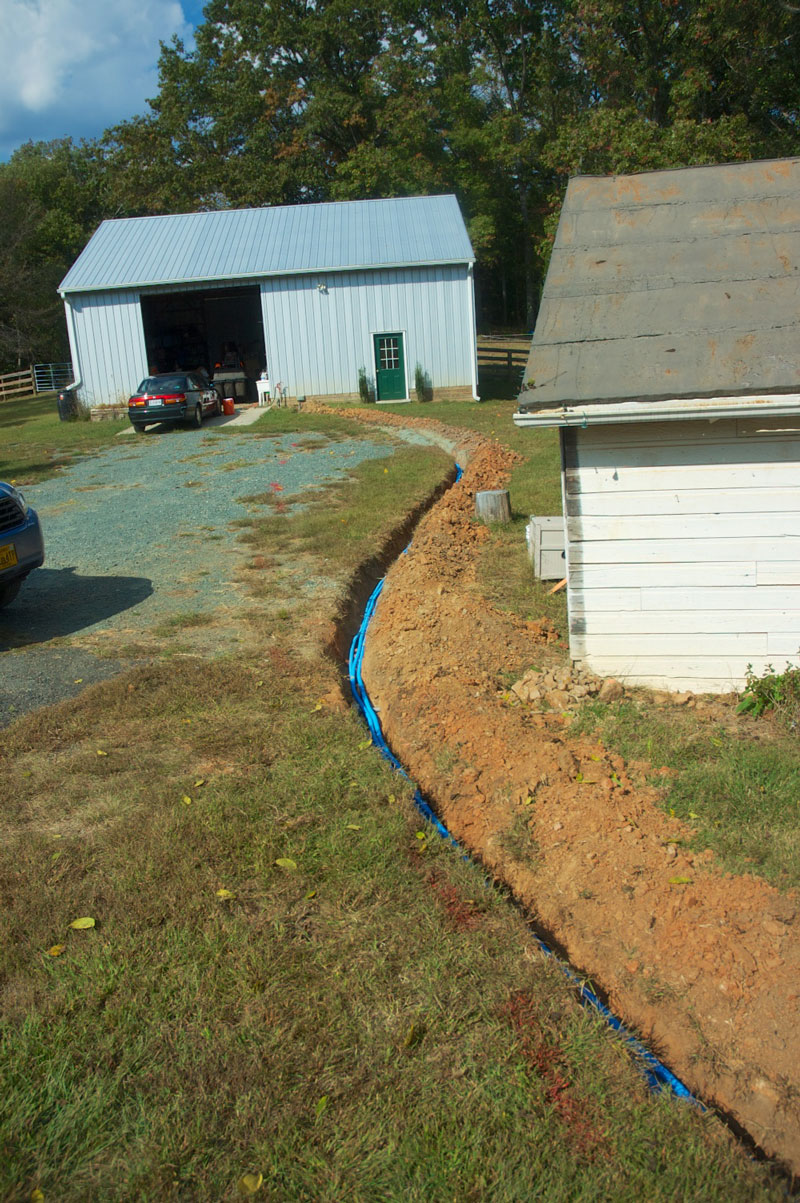