Keeping fuel stored is an important part of ensuring we can run our generator for a decent amount of time in the occasional extended power outages that occur in this part of the country. Summer thunderstorms or Winter snow/ice combos can take tree limbs into power lines very easily.

Initially I kept fuel in standard 5 gallon CARB compliant plastic containers, but I've now had two of these fail at the seam in the last few months. I started replacing the plastic cans with metal NATO-style jerry cans.

I had some older Jerry cans that had some exterior rust and decided to get them back in action for storage. between chemical anti-rust prep, wire brushes, and a little elbow grease, I was able to get the cans cleaned off and ready to paint. 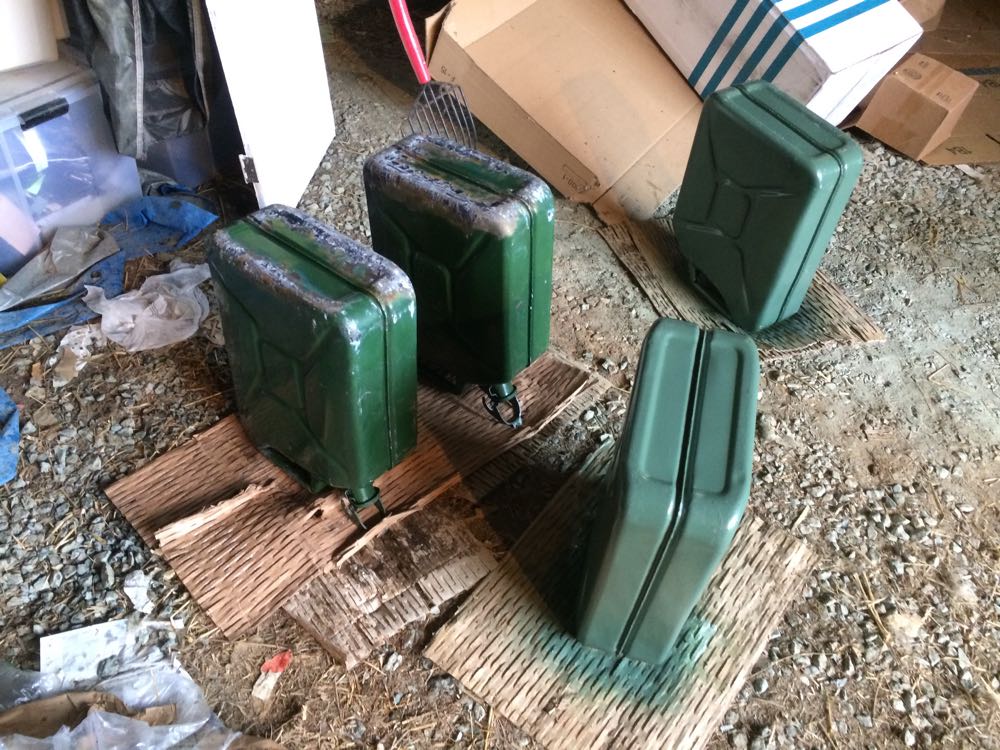 A few coats of exterior metal olive drab and they're (almost) as good as new.

After that, I took 2 stack-em rack kits and make them into some 2x4 shelves to hold the fuel cans: 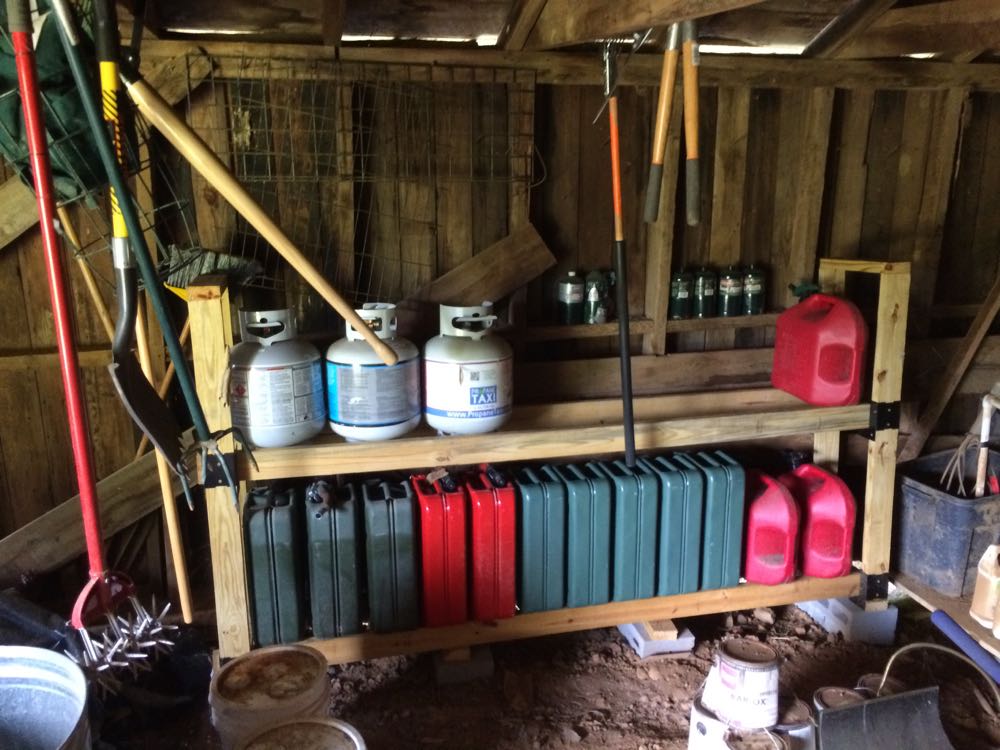 Next up: building a new cinderblock storage shed specifically for fuel and moving this out of the old garage.