Being left alone for five days and nights with two toddlers is daunting for most people but doable. For a pregnant lady with 26 chickens, 3 goats, 2 dogs, 1 pony, and 2 cats to take care of, taking care of the toddlers becomes the easy part of the five day solo expedition. 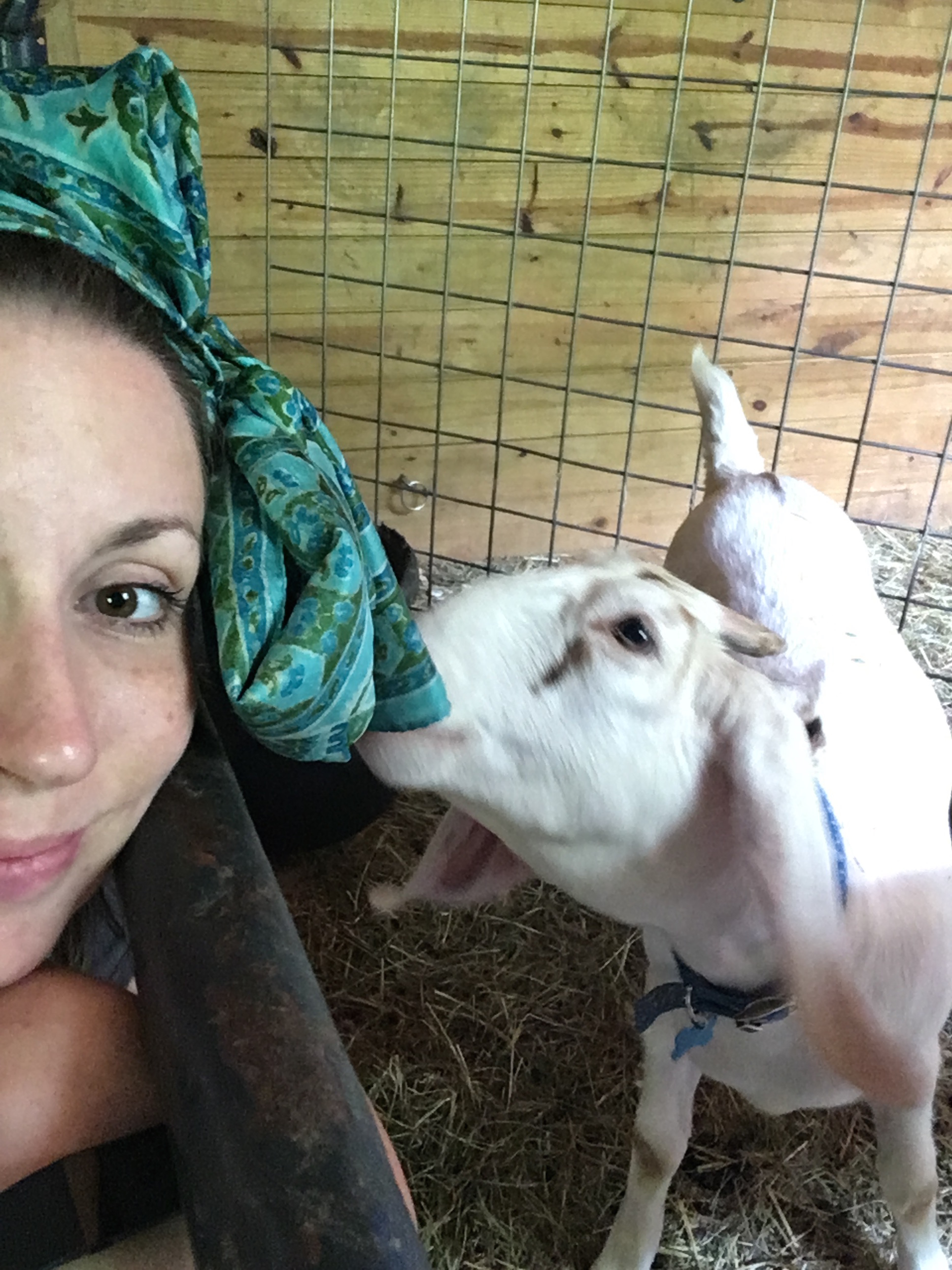 (Don't eat my scarf baby Faye! In an attempt to brighten my mood Wednesday I tied a jaunty bow headband out of a scarf.)

I was managing pretty well the first 48 hours and then I noticed on my way home from errands with the boys that my gas light had turned on.

No biggie, I thought. That's one of the perks to John being a survivalist...we keep a bevy of five gallon gas cans in our shed (safely stored off the ground, etc.). I'll just use one of those. I'll top off the car when I do the animal chores after the boys go to bed.

After hosting our Bible Study, getting the boys to bed, and doing the dishes, it was 9pm. Dusk, perfect I'll fill the car, take care of the animals, and go to bed by 10!

Maybe it was milking the goats in the morning but my hands were just not strong enough to open the durn gas can. Milking uses a very specific set of muscles in your hand and after two mornings in a row of milking, I bow down to the farmers/homesteaders who do this every single day. 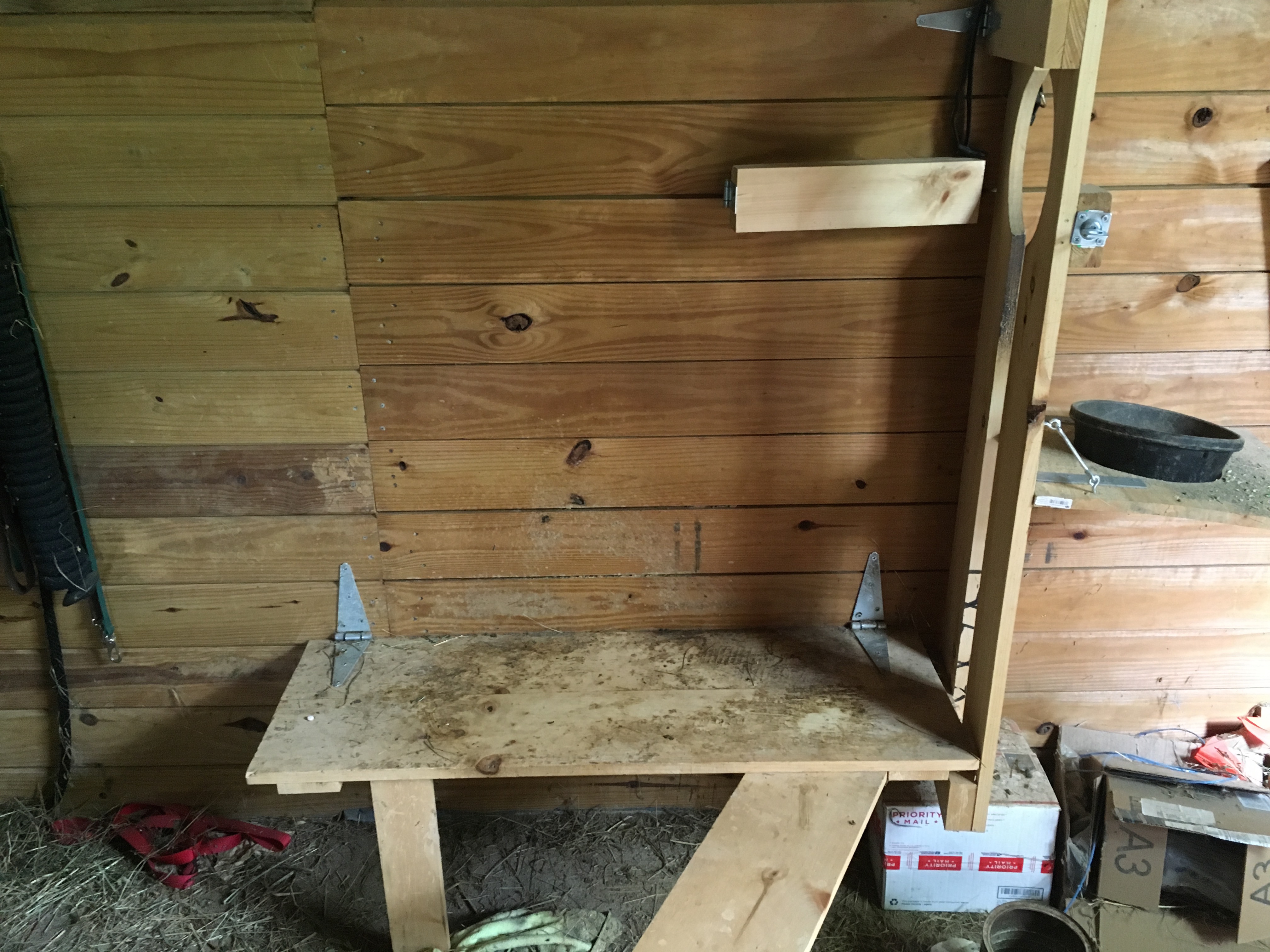 (A picture of the lovely milking stand John built!)

I tried to open another can, no luck. I texted a friend to ask if her husband could stop by in the morning so I wouldn't be stranded with the boys. He said yes and I moved on. Bless them.

I was finished with the animals at 10pm. Whew. What takes so long? It's mainly our poor Houston who has some festering wounds from playing chicken with our invisible fence a little too much. 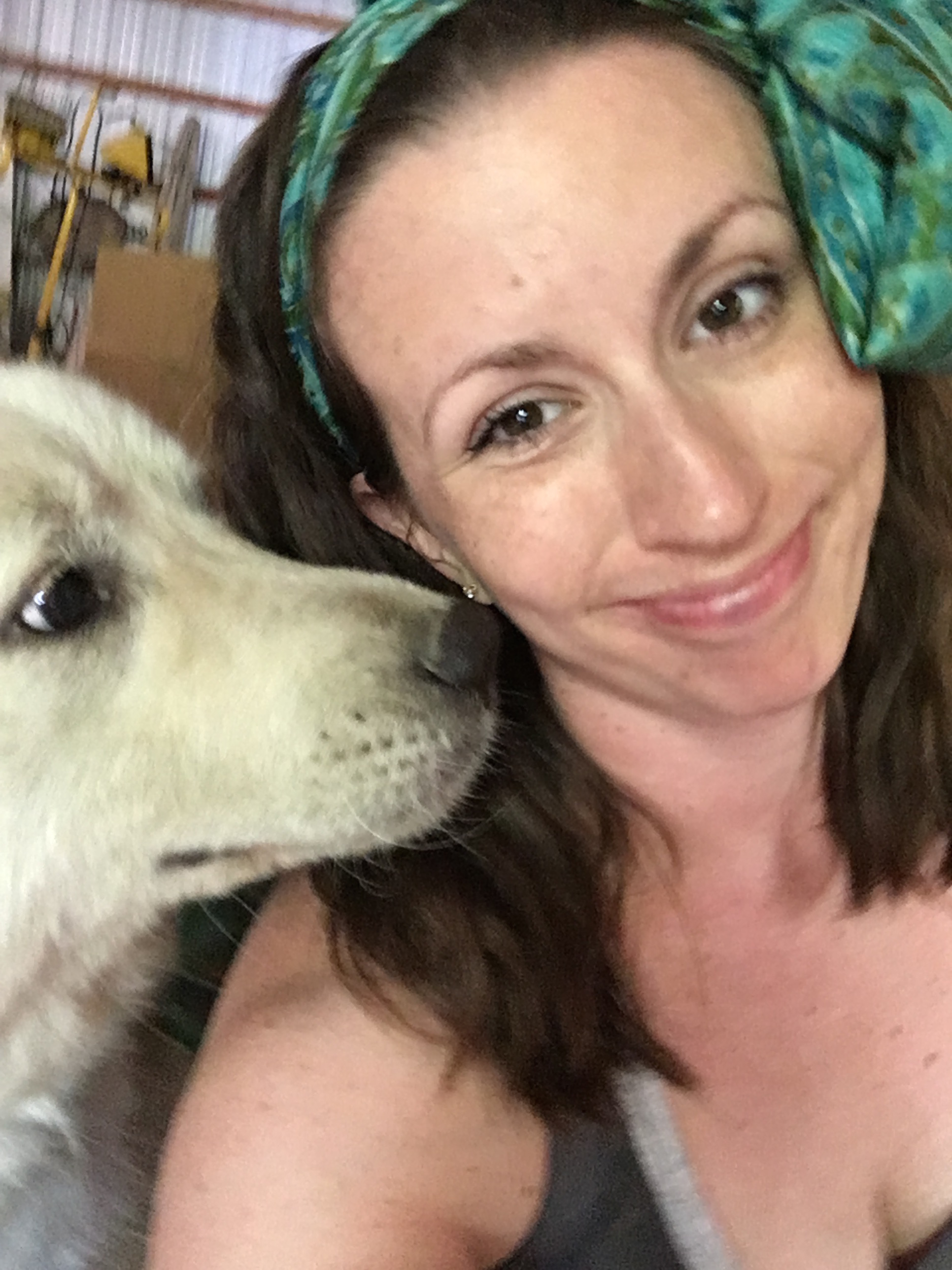 (Houston still loves me despite me irrigating her wounds and shoving pills down her throat twice a day!)

Here's the rundown of the animal chores John put together - this does not include instructions for milking when it is our days to milk: 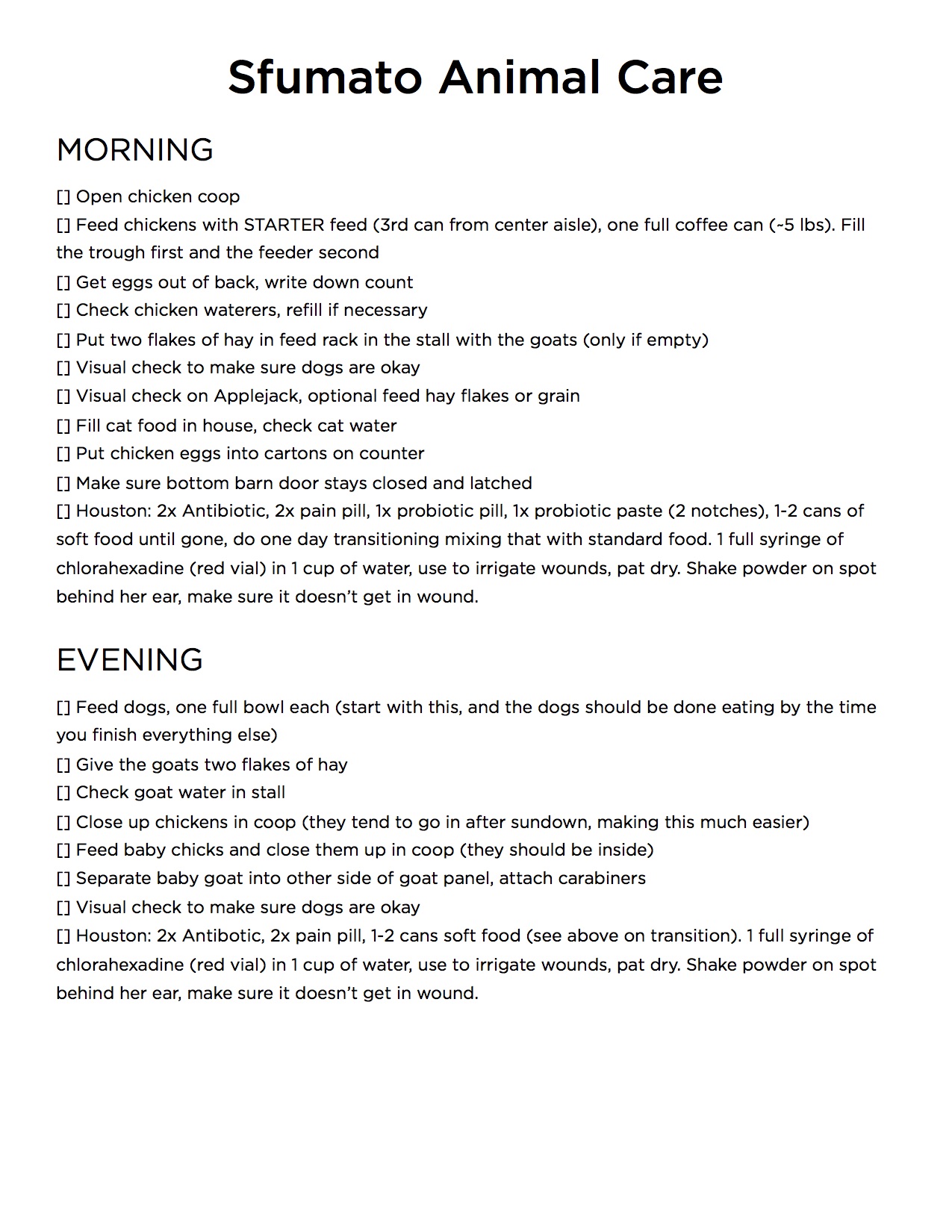 As I was getting undressed that night, I found hay in my cleavage and underwear and decided that was a bridge too far. I showered. I went to bed at 10:30pm and woke at 5:30am to Quincy having a night terror:

I managed to get him back to sleep but I was pretty awake after that. By the grace of God, Gabe slept through the nonsense. After trying to go back to sleep for half an hour, I got up and did a short devotional on Psalms.

Despite this pleasant attempt to reboot my attitude for the day, I encountered several unpleasantries that put me in a rotten mood and strengthened my resolve that five days is far too long for John to be gone:

Today was more pleasant BUT THEN we lost power an hour ago due to a thunderstorm.

OF COURSE we lose power the last night John is gone.

When I married John I pretty much outsourced all emergency preparedness to him. I mean I did take CERT (Community Emergency Response Team) training with him the first year we were married as a supportive gesture and out of curiosity but it's not something I research in my spare time like John.

So here I am without power and a crazy storm outside. I knew it was coming but all I had time to do was tend the animals and try to chase the chickens into the coop before dark...and I still failed to do this. I'll have to wait for a break in the storm to go close up the coop. 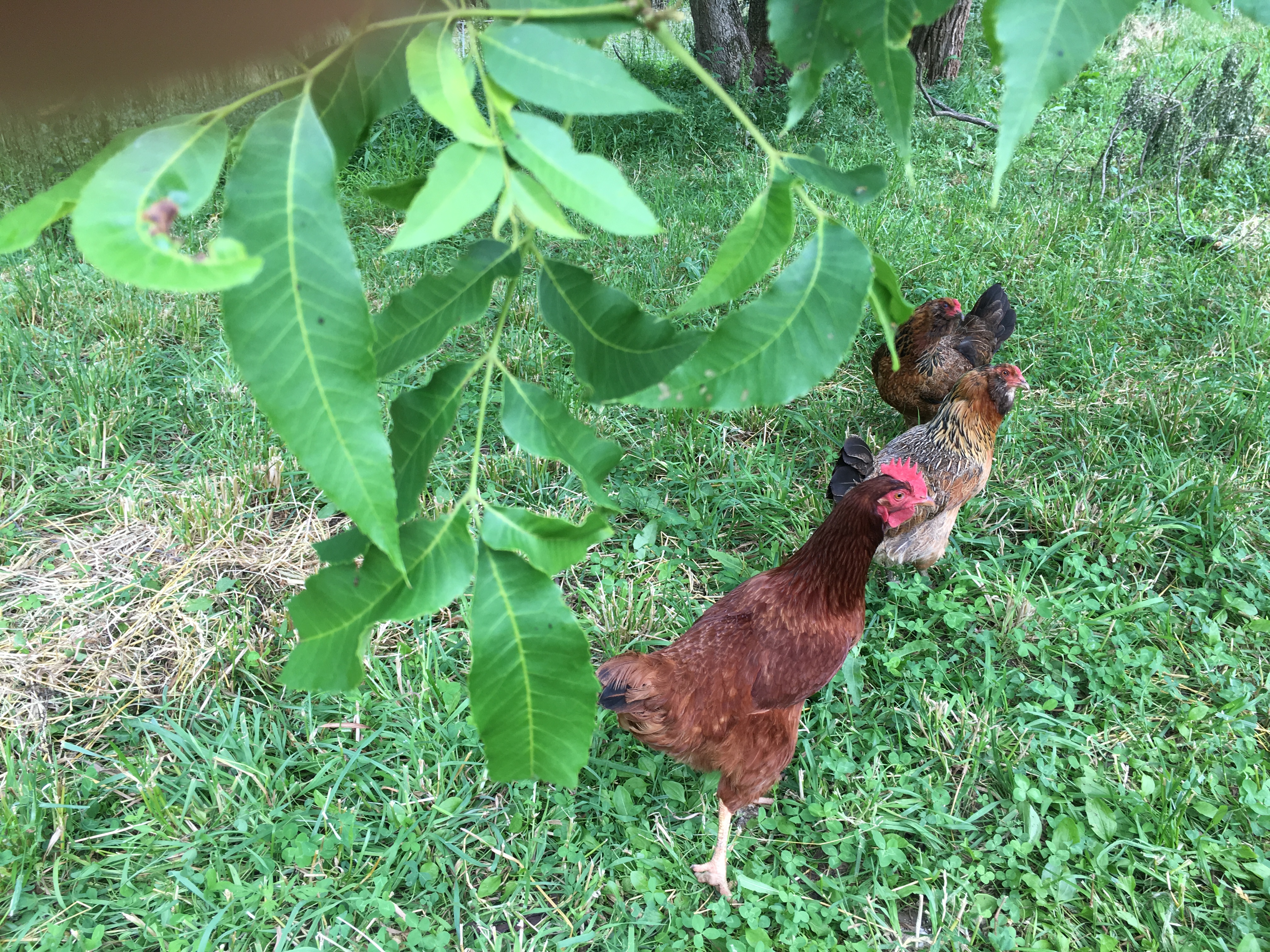 ("here, chick chicks!" have you ever checked out any of the #Chicken hashtags on instagram? Some people take amazing photos of their chickens! My birds must not like me. I tried taking a chicken selfie once and ended up with a puncture wound that didn't heal for a week.)

The power went out as soon as I stepped foot back in the house...just as the first raindrops of the storm were falling.

So have you figured out why am I a terrible homesteader?

I like to blame pregnancy, but I'm pretty whiny when I'm not pregnant too.

Growing up, I loved reading the Little House on the Prairie series and watching The Waltons.

Those people didn't complain and their lives were so much harder than mine!

I want to be made of tougher stuff than I am, but let's face it...I was raised in suburban DFW.

It's going to take a while to break in these boots.