At first it felt like an invasion of my dear Grandmother's privacy. She was a proud Texan woman, but she was also a big-hearted woman of faith. I pray publishing this journal entry demonstrates her fortitude for persisting when things seemed bleak and hope for anyone weary reading this.

Because my Grandmother passed barely a month after I lost my mother in 2014, I didn't feel like I ever got to properly honor and grieve her and her alone.

By sharing this, I can hopefully tell you how much she meant to me and to let her life stand as the awesome testimony it is to God's glory. 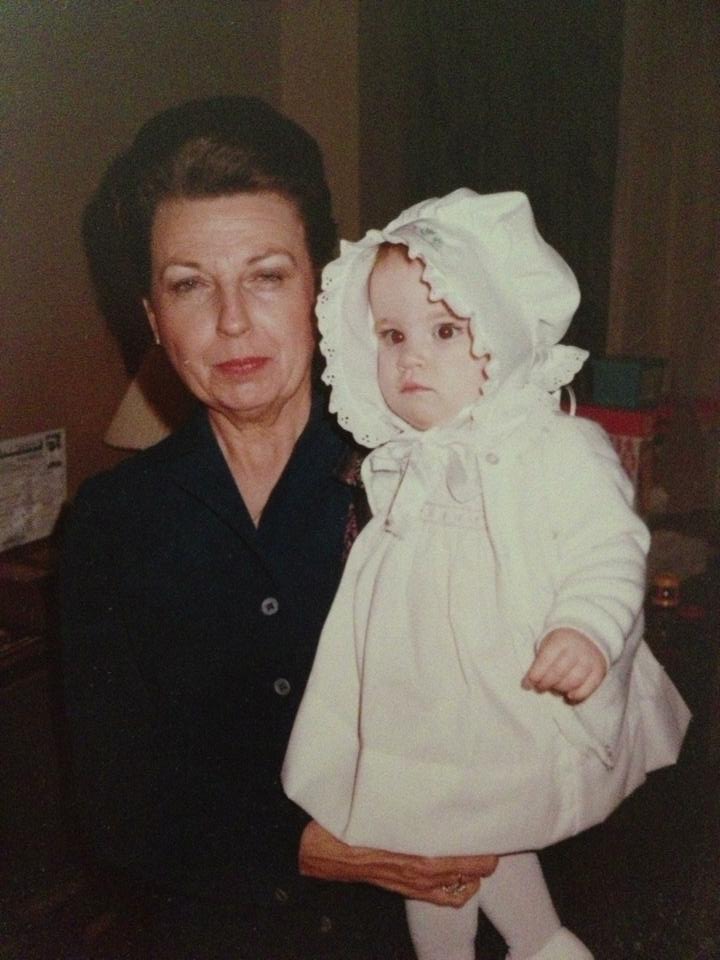 My Grandmother Lee is my all-time favorite person. She lived 92 years fully and faithfully. She was a spitfire woman full of all the poise and moxie I aspire to exude.

That character was honed through many trials.

She told me one winter during the Depression they had only root vegetables and squirrel meat to eat. Then her parents sent her and her brother to a relative who lived on a farm because they realized they couldn't afford to feed their own children.

She was part of the greatest generation who knew true hardship which is why she and my grandaddy both always worked and why they always kept a victory garden and a couple fruit trees in their yard. Like I said, they knew hardship.

Her formative stories are part of my inspiration for living this homesteading lifestyle.

That said, I never knew how depressing and daunting this world of the 1930s could be for a teenage girl like my grandmother until I read her diary that spanned 1938-1941.

Interspersed with stories about bike rides, church picnics, and picture shows with friends and boys, there were a lot of funerals.

How many funerals did you attend when you were 16? By that age, I had only attended one.

And then folded up written in pencil was this note dated December 31, 1940:

This is the last day of 1940 and I want to die with it. I have nothing to live for - no future. I have nothing to work toward - to work for - I have no goal. In less than a month I'll be out of school - and then what? Only more days of sitting around home being a burden and expense to Mother and Daddy and goodness knows they have little enough money as it is. I don't want to get married nor have children. I wouldn't want to bring someone into the world to suffer the mental agony, self-condemnation, anguish and hatred I have experienced, especially this last year. I don't want to grow old and decrepit and have everyone just 'bear' me. I don't want to hate anyone. I don't want anyone to hate me or love me either. Just as sure as someone does love me, I'll hurt them, just as surely as Ed feels. I've made a fool of him. I don't want to go on living because there is so much responsibility, so many duties to fulfill and so many ways to fail. I'm a failure. I've no purpose in life - no reason to want to continue in life. I wish I had the faculty for living each day to itself - seeing what I could do one day at a time, seeing how much I could do for others and myself. I've tried to do this but it only became another of my failures and I've no one to show me how to begin again. --Leota.

Each time I read this, it wrecks me.

Leota (Lee) went on to have two engagements, one of which resulted in a 60+ year marriage, three kids, a great career at Bell Helicopter, 2 grandkids, a passport full of stamps, and loads of life-giving volunteer positions at her church, the Bass Performance Hall, the Fort Worth Zoo, Meals on Wheels, and finally at her retirement community.

It's like my own personal "It's a Wonderful World" - what would happen if my dear Grandmother didn't exist?

To my knowledge my Grandmother didn't struggle with depression again until the very end of her life while she was battling ovarian cancer in her 90s. She was humble, hardworking, a lifelong learner, and had a discerning faith.

I certainly wouldn't be the woman I would be today - nor have the faith that I have - without knowing and loving her for 31 years. And again this rips open the grief for my own mother as my precious Theodora won't ever get to learn and love from her Mimi.