When we bought Sfumato, the foyer was pretty simple. It worked well enough for two, and with Quincy it was still manageable. Once Gabe arrived and then Teddy as well, the area became difficult to use. It was almost impossible to pass to the closet to gain access to coats. 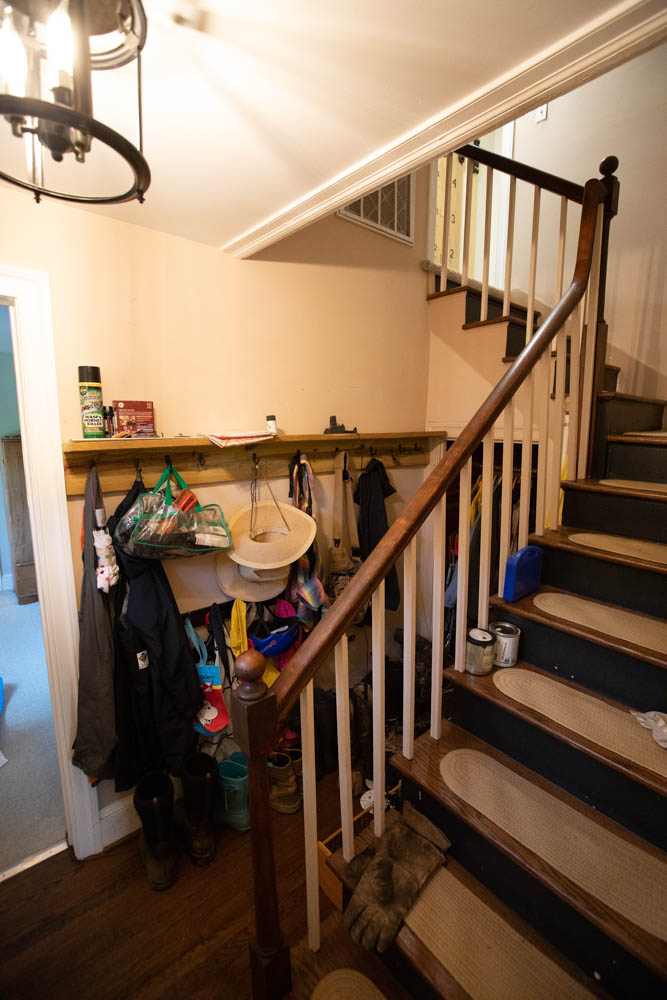 So we decided to do a project! We built this the last weekend in July of 2018, but I haven't had a chance to document it until now.

We had found really cool ideas online but most of them were built in larger foyers or mudrooms where having a bench worked well. We had a very narrow space to contend with so a lot of these ideas wouldn't translate well. 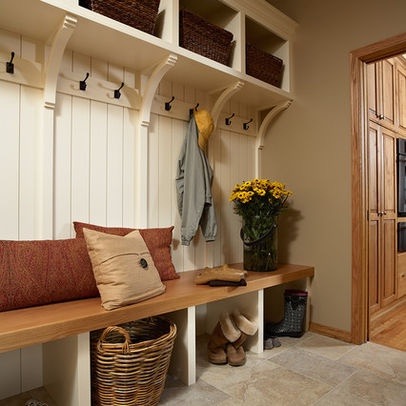 I started working in SketchUp and came up with a basic concept. Whitney then took that and drew out something more precise and we just started to do a build in a weekend.

The first step was to clean everything out of the area. 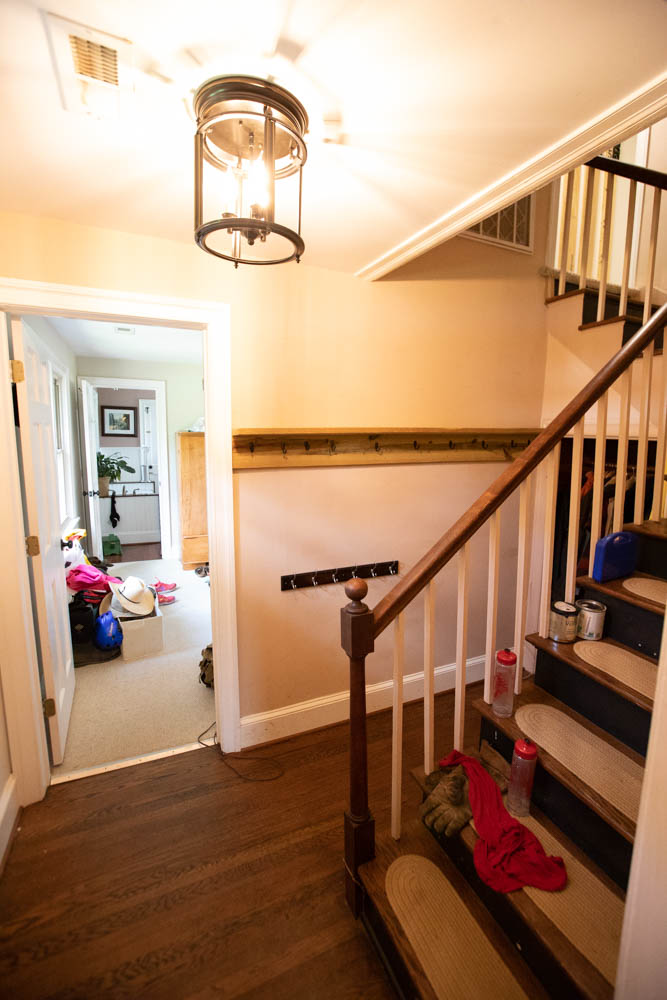 Then we painted the area "behind" where the boards were going to go. Instead of putting down a flat board, we just used the wall and caulked wherever there wasn't perfect alignment with the boards themselves. In fact, we caulked everything. 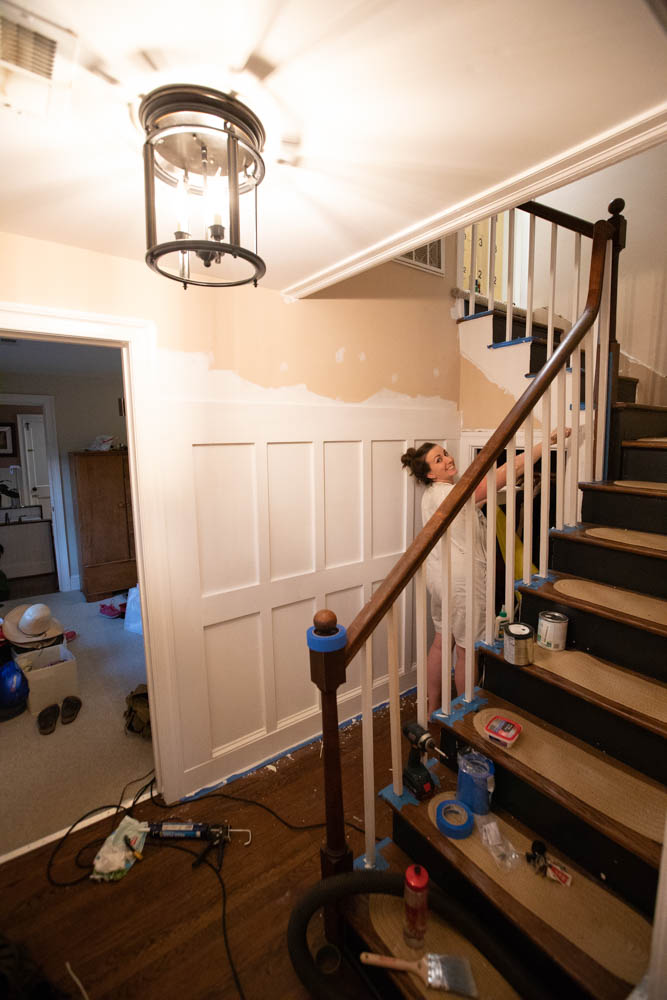 After that, we used five corbels from Lowes and then added a 1x10 board to make the "shelf" at the top. All things were painted in a semigloss white. 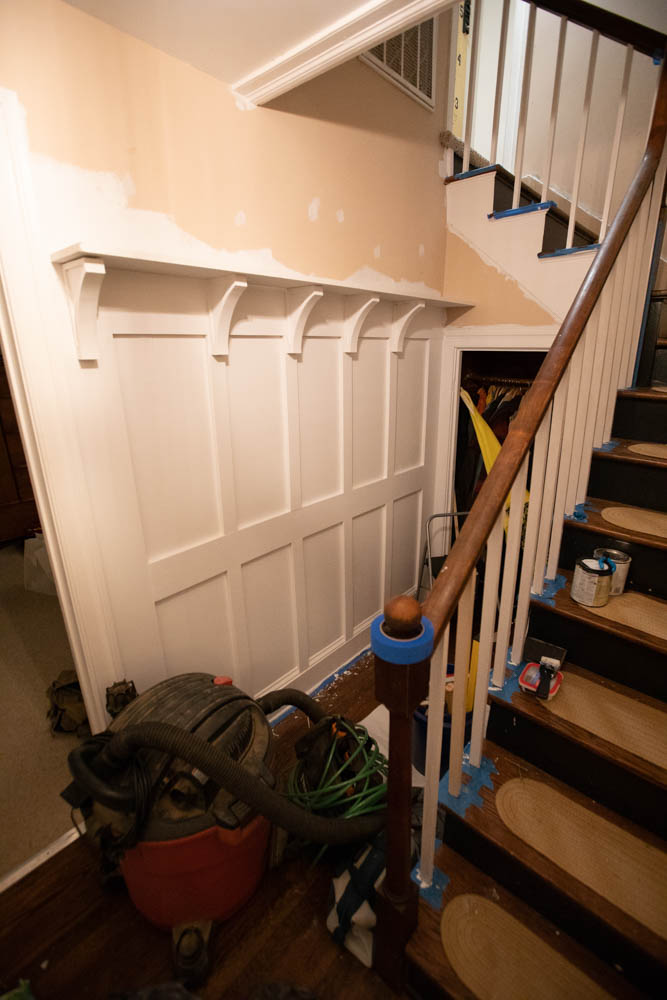 I tacked in two pieces of crown molding with the nail gun and again caulked to make it feel like a more substantial piece of wood. There was a bit of cutting to get around the door frame on the left side, but it worked well enough, and caulk hides almost all sins of construction. 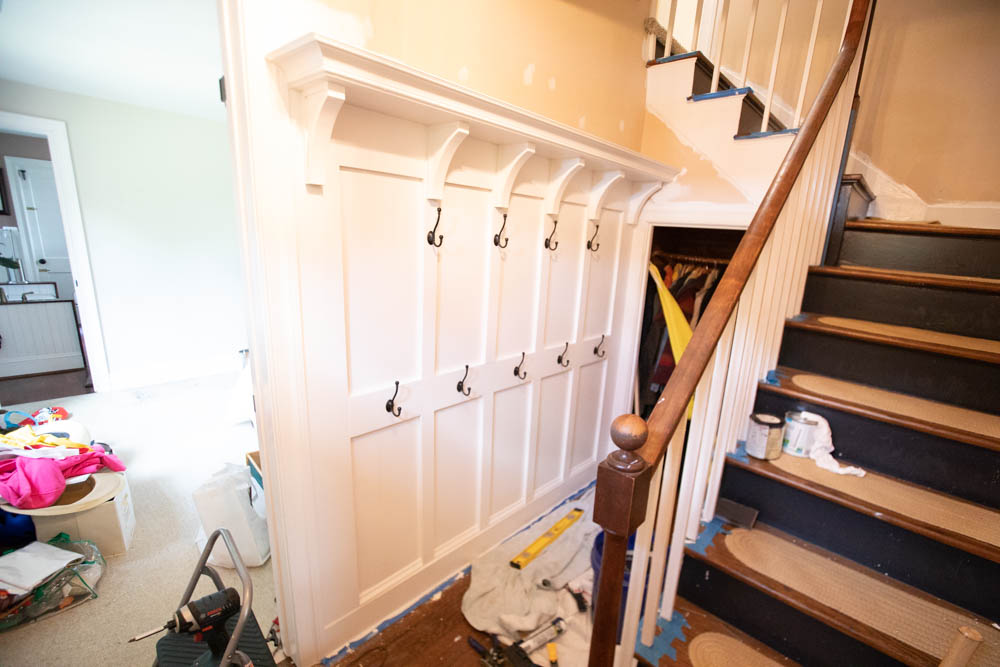 To finish it off, we put up nine hooks: Five across the bottom for the kids stuff and four up top for Whitney's and my things. 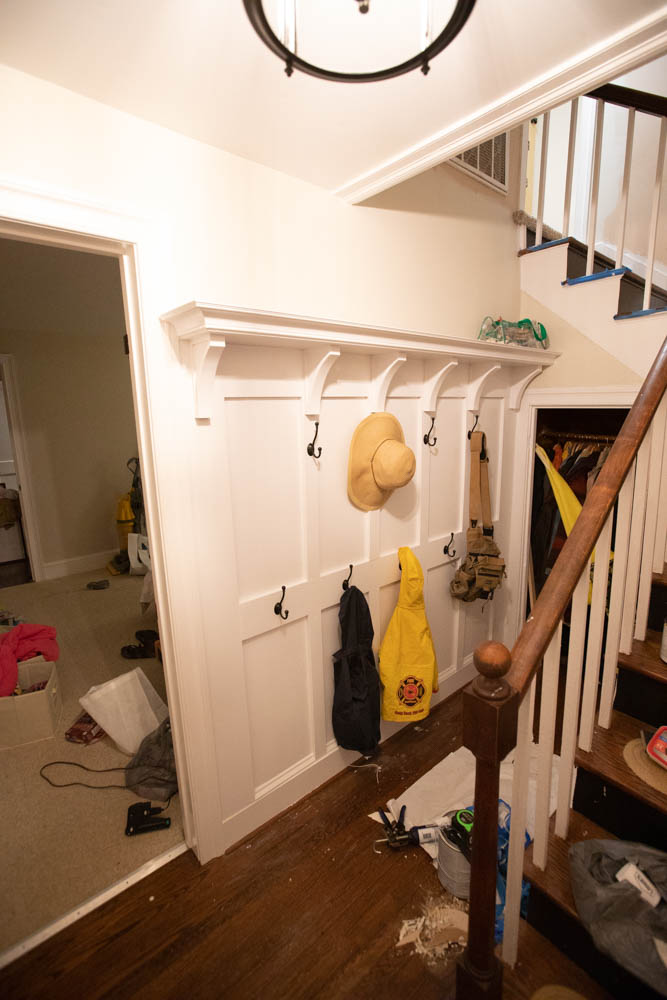 We repainted the entire foyer, which was not redone when we moved in, so that helped lift the whole space to a better level.

One major project down! Many more to go!